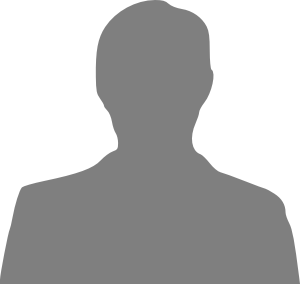 Michael Switzer is proud to serve clients throughout the Province of Ontario.  His family stems from United Empire Loyalists who settled in Ontario in the 18th century.

After graduating from the University of Western Ontario (as it then was) Faculty of Law in 2001, Michael completed his articles of clerkship at a top tier Toronto litigation firm before returning to his hometown of Ottawa to found the litigation department at an established Ottawa law firm.

After achieving the largest settlement (at the time) under the Bill 198 automobile insurance regime, the insurance industry thought it apt to recruit Michael to put his talents to work serving them.  Michael ushered in a new generation of litigation lawyers to breathe new life into the aging cadre of litigators in eastern Ontario and has risen to being one of the youngest lawyers who is considered to be senior trial counsel by his peers.

Michael champions five factors which are essential to being best able to serve clients:

Michael has declined potential opportunities to transition into the many careers that lawyers migrate to as their careers develop, such as becoming a judge, a mediator, or a politician.  Michael says that the reason he continues his traditional practice of law is because it is what he loves to do and because he does not wish to do anything else.

Michael’s affection for practicing law is tied to his loyalty and dedication to serving his clients and to the satisfaction and reward when he achieves their desired results.

Michael is described as one of the “most thorough, hardest working, best organized, and most tenacious litigators in eastern Ontario”.  Clients have said, “You will not find a lawyer that will work harder for his clients than Michael”.

An interesting fact about Michael is that when he was retained on his first aviation litigation matter, he decided that he would be best able to serve his client if he was a trained pilot.  Therefore, he obtained his private pilot licence at his own expense to be able to be knowledgeable and experienced in the subject matter of the litigation.

Michael is experienced in all areas of civil litigation that the firm practices in, which are described here.

James is licenced by the Law Society of Upper Canada as a paralegal.  He is a consummate gentleman and friend to everyone.  After graduating from Carleton University with a Bachelor of Arts (Honours) in Law, he completed the Law Clerk and Paralegal programs at Algonquin College before starting his career with the predecessor of Switzer Litigation.

James’ comprehensive background in law and in academia equips him with the skills to organize and manage a variety of litigation matters, including complex and document intensive disputes.  James wrote frequently during his undergraduate studies and has excellent written and oral communication skills.

James – like may of our paralegals at Switzer Litigation – was hired before working at any other law firms.  He was then trained and mentored under senior counsel to hone his existing skills and talents and to indoctrinate him into the methods that Switzer Litigation uses to provide the highest level of service to its clients while being cognizant of the extraordinary costs of premium representation.

James is extraordinarily efficient in undertaking tasks thanks to his natural intelligence, outstanding memory, and effective use of technology.

The support and daily management of litigation matters by James is second-to-none and facilitates successful litigation by our lawyers.  Our clients benefit from the lower hourly rates that are attributed to paralegals while receiving service that is no less valuable than that of a lawyer.

Jessica is licenced by the Law Society of Upper Canada as a paralegal.  She is a spirited and hardworking professional.  She has a warm and inviting personality and fabulous sense of humour.  After graduating with a Bachelor of Arts (Honours) degree in Sociology from Queen’s University, Jessica completed the Paralegal Program at Algonquin College.  Having been born and raised in Kingston, together with her time at Queen’s, makes Jessica fiercely loyal to her hometown and alma mater which is often the subject of friendly competition between her and the Western University graduates that are part of the Switzer Litigation team.

Jessica is incredibly cool under fire in that she always maintains an extraordinary level of efficiency and organization, despite the fact-paced, always demanding, and ever-changing work in civil litigation.

For a short period of time before Jessica was sought out and recruited to join the predecessor to Switzer Litigation, she assisted in class action litigation and managed hundreds of thousands of documents involved in large and complex cases.  Today, Jessica manages the day-to-day service required on many litigation matters and the development of her organization skills serves our client’s well through her outstanding ability to track the many moving parts of multiple litigation matters.

Jessica is a “people person” whom clients enjoy speaking with concerning their files and matters unrelated to litigation.  Jessica has established relationships with her counterparts at many firms throughout Ontario and is well known to those who work daily in our fields of practice.  Jessica always ensures that client’s needs are met on time and on budget.  She fully adopts the Switzer Litigation approach to moving matters forward as quickly as possible.

Jessica is part of the trial preparation team at Switzer Litigation and has assisted in preparing countless matters for trial and arbitration.  She has a keen eye for finding minute evidence buried within large volumes of documents that can completely change the likelihood of success for clients.  She understands that a single piece of evidence can mean the difference between hundreds of thousands of dollars in damages or in transferring liability from one party to another.  Her patience serves her well in carefully examining documents and finding the proverbial “needle in a haystack”.

Jessica is a fashionista who in her time outside of work advises people on fashion and enjoys keeping up to date on the latest trends.